Connemara at its Best

Connemara which can roughly be defined as the area north-west of Galway from Barna, Oughterard to Clifden and as far north as Killary Harbour is one of the most scenic regions in Ireland. It is in many ways a very unique landscape with dramatic mountain peaks being dominated by the Twelve Ben Mountain range, expansive sandy beaches, rivers rich in salmon and sea-trout, and plenty of bogs with lakes strewn throughout. This leads to a dramatic contrast of sea, sky, land and bog, and you will be surprised at the changes in the landscape even after a relative short cycle.

Connemara’s rich tapestry of history, culture and heritage is woven into the very fabric of the landscape and you can for example hear the Irish language still be spoken, not to mention the traditional Irish music and dancing (sean nós style) that is thriving in Connemara. All of this you will be able to experience during your Ireland cycling tour.

Arrival
Arrive in the quaint village of Cong, location for the film “The Quiet Man” with Maureen O’Hara and John Wayne. Visit Cong Abbey founded in the 12th century as well as the Monk’s House. Ashford Castle Hotel on the shores of Lough Corrib invites you to enjoy cream tea in its magnificent setting. Depending on your arrival time we will meet you in the evening or the next morning for a personal introduction to your bicycles and the week ahead.

Cong – Leenane
A beautiful and gentle day in the valleys of Connemara and Mayo on very quiet roads, as you cycle along the lakes of Lough Mask, Lough Nafooey and Lough Corrib. Finish the day with a great downhill to the beautiful village of Leenane located on Ireland’s only fjord, Killary Harbour. Leenane was the location for the film “The Field” with Richard Harris.
(36km (23mls) climb 419m – can be extended)

Leenane – Clifden
Leave Leenane to continue your cycle along the Atlantic seaboard around the Renvyle Peninsula, passing Kylemore Abbey and then into the beautiful Lough Inagh Valley and across a beautiful section of bog road to Clifden (often labelled the metropole of Connemara). Here you will stay for two nights. You may enjoy traditional Irish music in its pubs.
(61km climb 477m shorter option available 34km climb 344m)

Clifden – REST DAY or loop rides
Enjoy a day out of the saddle perhaps go horseback riding or deep sea fishing, or head for Inishboffin Island. But if you do want to go cycling there is a wonderful a ride out along the Sky Road to enjoy some sublime coastal scenery. Along the way walk to the ruin of Clifden Castle. For the more enthusiastic rider you then continue along more coastal scenery to Claddaghduff and Aughrusbeg.
(ca 17km climb 200m, 51km climb 400m)

Clifden – Carna
Continue your cycle along the coast via Roundstone where you can see traditional musical instruments being made by hand. On the way you come past the village of Ballyconneely and the site where Alcock and Brown crash landed their biplane after completing the first transatlantic flight in 1919. Cycling along the indented coastline you arrive in the small village of Carna for the night. There are some very beautiful beaches along this route and here.
(46km climb 244m / 59km climb 334m)

Carna to Rossaveal for ferry to the Aran island of Inishmore
The cycle will continue along the indented south Connemara shoreline to the pier in Rossaveal for you to take the ferry to the island of Inishmore (the biggest of the 3 Aran Islands). The island is very rich in historic and pre-historic sites and highlights include the cliff top fort of Dun Anghus, the semi-circular fort (there are 3 semi-circular walls) is over 3,000 years old and holds a special place in Irish mythology. Less known is the Black Fort (Dun Duchathair) where you can experience some of the most beautiful cliffs on the island. Furthermore there are early Christian (starting with the 6th century) churches, monasteries and cemeteries. The island is famous for the knitwear that bears the Aran name. Spend the night on the island to get a feel for island life.
(45km/28mls climb 275m)

Inishmore – return to the mainland and transfer to Galway
You can choose to spend most of the day touring the unique landscape of the island or if you prefer you can spend some time in the afternoon to explore bustling, historic Galway city, where you will spend your final night.

We will transfer you from Rossaveal to Galway for you to avoid cycling on the increasingly busy road.

Departure
Breakfast, followed by farewell and departure for your onward journey. 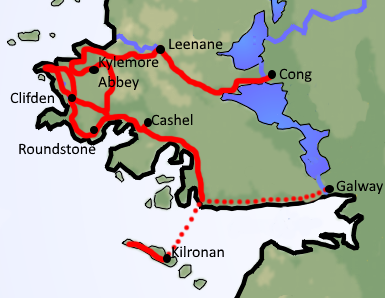 gentle, some occasional climb, options available on most days

we can help arranging transfers from Galway to Cong

This self-guided cycling tour is designed to stay in comfortable, friendly, wonderful guesthouses and small hotels such as underneath. Accommodations could be upgraded if you prefer. 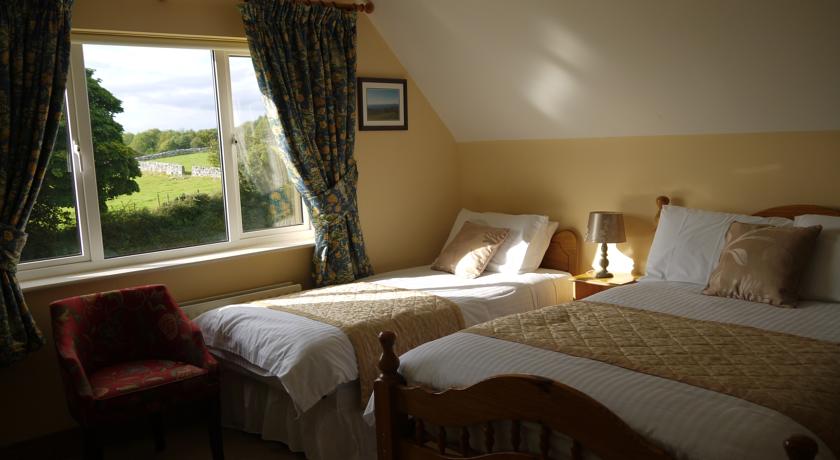 The building was originally one of the The home is in a wonderful location – just on the edge of Cong with easy walk into the village. The setting is beautiful and the home and rooms are spotlessly clean, spacious, and comfortable. The breakfast with home-made bread and scones are outstanding and our guests are commenting on how delicious they are again and again. 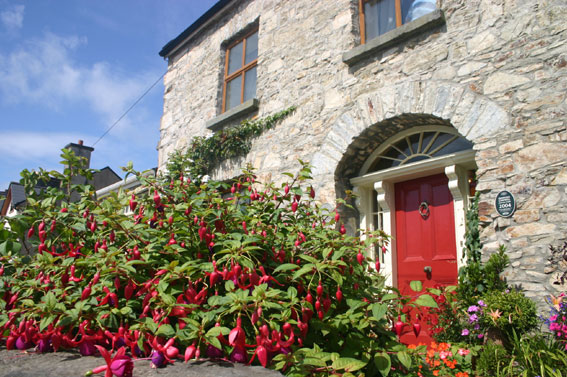 This beautiful house is located within a stones throw of the centre of Clifden. Enjoy the elegance, unrivalled hospitality and all the benefits of modern conveniences, like orthopaedic matresses, and free wifi.